by Editor
in News
0

On a day of political drama not seen in Congress in a century, Republican leader Kevin McCarthy failed repeatedly in his bid to be elected Speaker of the US House of Representatives.

The house adjourned Tuesday night without a speaker – the first time since 1923 that they had failed to elect a leader after the first round of voting.

The start of a new Congress was considered a victory lap for the Republican Party as it took control of the lower house following the November elections. Instead, Mr. McCarthy faced a mutiny from his own ranks and made history for all the wrong reasons.

The California congressman has lost three consecutive votes for speaker so far, and it is unclear what his path to victory could be when the House returns to try again on Wednesday. They will keep voting until someone gets a majority.

And even if McCarthy finds a way, analysts warn, the turmoil on the House floor foreshadows two years of moderate and right-wing Republicans at war with each other.

‘The conversation showed him weak’ 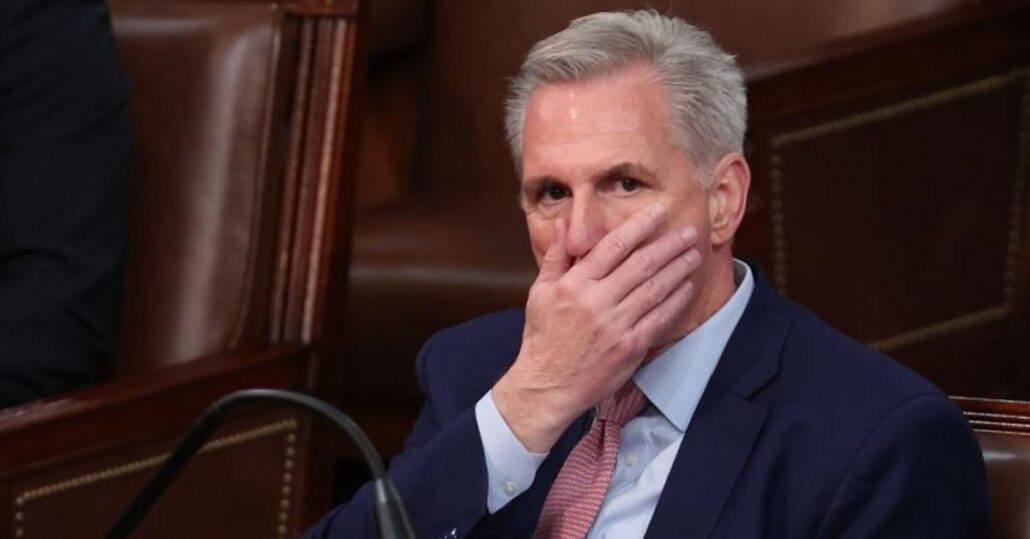 Republicans narrowly won control of the House in November, so Mr McCarthy had only a few votes left in his bid to become speaker. This allowed a group of hardline conservatives to band together to oppose his nomination.

According to Republican observers, the crackdown was a long time coming.

One Republican lobbyist said, “Kevin McCarthy hasn’t made friends with parts of the caucus for a while, he’s made a lot of enemies.” “There are people who don’t like him for political reasons, for personal reasons.”

Mr McCarthy began talks with his opponents – who see him as too mainstream and power-hungry – making concessions to try to win their votes. At one point, he reportedly agreed to change the rules of the House to make it easier to oust the incumbent speaker, handing his opponents a heavier check on his power.

A Republican lobbyist said, “The fact that he was negotiating with Republicans made him seem very weak to the point of being desperate.”

His opponents are up in arms

The futility of that approach became clear on Tuesday.

In three consecutive votes, Mr. McCarthy failed to reach the required threshold of 218 votes. Although Republicans held 222 seats, a group of 19 hard-right Republicans solidified in opposition to him. They oppose Mr. McCarthy on ideological and personal grounds, but also see an opportunity to take advantage of the Republicans’ narrow majority to extract more concessions from him.

In one of the most dramatic moments of the day, he also nominated Representative Jim Jordan to challenge him, moments after Mr. Jordan himself nominated Mr. McCarthy for speaker.

Some couldn’t stop publicly chiding their Republican counterparts about their party’s difficult afternoon. One congressman, Ruben Gallego of Arizona, tweeted that Democrats were “breaking the popcorn,” and included a photo of the snack as evidence.

What options does McCarthy have now?

Political observers in Washington have begun to circulate various theories about how it all might end. His predictions for the BBC range from the plausible (Mr. McCarthy hangs and wins, but walks away gravely weakened) to the downright implausible (he bends and calls his second in command, Representative Steve Scalise of Louisiana). stands by). One suggestion is based on fantasy (five Republicans decide to vote for Mr. Jefferies, a Democrat, and hand him control of the House).

As it stands, Mr. McCarthy is “essentially hostage to one side of his party,” said Ruth Bloch Rubin, a political scientist at the University of Chicago who studies partisanship.

Mr McCarthy has pledged not to make any more concessions, but he may have no choice. He could try to win over stubborn lawmakers with plum committee assignments or new leadership roles.

“He has to give the people who are against him something to hang his hat on,” said Aaron Cutler, a lobbyist who once worked for former Congressman Eric Cantor, another politician , who were ousted by the conservative opposition. However, other Republican lobbyists believed that “there was no way to win, period.”

The members will meet for the fourth time on Wednesday, although it is not clear whether the impasse will be broken.

“We haven’t heard anything new from McCarthy,” one of the conservative holdouts, Representative Lauren Boebert of Colorado, told reporters. “So I think we’ll keep doing that.”