by admin
in Technology
0

New images from the space observatory offer a new view of the planet in the infrared.

NASA released new images of Neptune taken by the James Webb Space Telescope on Wednesday, showing some of the planet’s rings.

It’s the clearest view of Neptune’s rings in more than 30 years since NASA’s Voyager 2 photographed the rings during a flyby in 1989, the agency said.

NASA said the telescope’s advanced technology captures some of Neptune’s rings, which are normally difficult to see.

It’s true. The planet that we are now told is farthest from us has a set of narrow bands made of dust. Planetary scientists know this, as do astronomy fans, probably. But for those of us who have some classic images of the solar system in mind, knowing that Neptune is a ringed planet may come as a surprise. So I wanted to take this information to you and let it dig a little deeper before we move on to today’s news: Astronomers have pointed their best space telescope at Neptune and captured the clearest view of its rings in more than 30 year.

“It’s been three decades since we’ve seen these faint, dusty rings, and this is the first time we’ve seen them in the infrared,” Heidi Hammel, an interdisciplinary scientist with the James Webb Telescope Project, said in a statement. 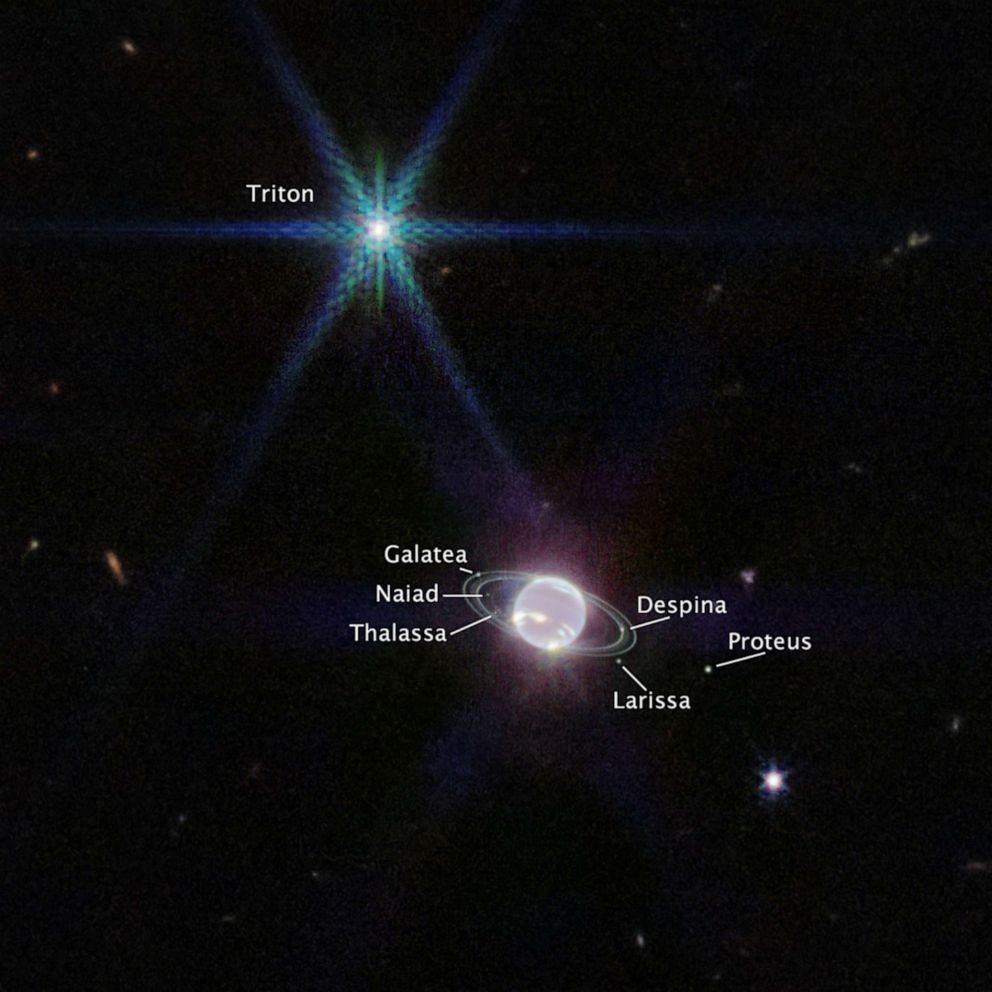 Neptune, the outermost planet in the solar system, is known as an “ice giant” along with Uranus because its interior is made up of denser chemicals than the gas giants Jupiter and Saturn, according to NASA.

Neptune, which usually appears blue in Hubble Space Telescope images, appears more visible with the Webb Telescope because it uses infrared technology that makes it easier to identify objects in space.

The James Webb Space Telescope also captured seven of Neptune’s 14 moons, with its largest moon Triton, which orbits the planet backwards, appearing with diffraction spikes, as seen in many Webb images, the agency said. Nasa.